The Sedona Fire District now has yet another firefighting and rescue tool at its disposal but different from what some may expect.

The district recently purchased a drone that can be used to get a bird’s-eye view during forest and structure fires as well as rescues.

During the Wednesday, Jan. 18, SFD Governing Board meeting, Battalion Chief Jayson Coil gave a presentation about the capabilities of the drone and its necessity. There he showed a short video taken in the Grasshopper Point area simulating how it would be used to find lost or injured hikers. Another portion had it flying along Oak Creek as it surveyed flood damage, stranded vehicles or potential debris floating down. Finally, they flew it over the now closed Taco Bell/KFC to simulate the best view of a barricade situation, hazardous material spill or structure fire.

In some cases, Coil said it can take the drone less than a minute to get to an area that it may take five or more minutes by vehicle. “It’s a beneficial tool to show potential hazards, especially during floods,” he said.

The drone was put to use on Jan. 6 when SFD crews assisted those from Copper Canyon Fire District to rescue three individuals who were stranded in their vehicle in the middle of Beaver Creek near Camp Verde. All three of the individuals were pulled to safety.

Video footage of the rescue was taken by SFD’s drone, the first time it had been used during an actual incident. However, it was also used earlier in the day during a swiftwater training exercise in Sedona.

“It [the drone] was used to assess the situation upstream for potential hazards to the rescuers and downstream to identify the best location for what we call ‘strong swimmers,’” Coil said the day after the rescue.

Firefighter Marc Howard, who is licensed and certified to fly the drone, and Coil presented the different alternatives to Assistant Chief Jeff Piechura and Chief Kris Kazian. At that time, it was decided they would purchase a lower cost, less robust system and work on assessing merits and limitations, Coil said. The cost of the model being used is $3,200.

The camera, via an app on an iPad, allows operators to view live, high-definition color imaging, as well as record high-definition video, which can be used for future training purposes. It is also capable of taking still photos.

The SFD has four batteries for the drone, each of which lasts about 15 minutes while in flight. The aircraft uses GPS to know where it launched from and is supposed to automatically begin returning when the battery gets low.

“Our decision to implement this into our response package illustrates our commitment to develop best practices and maintain a priority on the safety of responders and enhance our ability to provide emergency services to those who call us for service,” Kazian wrote in his report to the board. 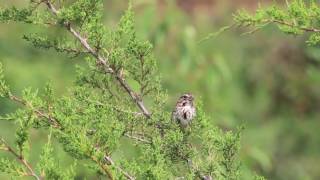 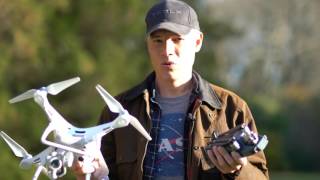 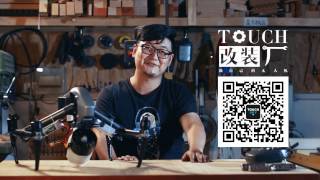